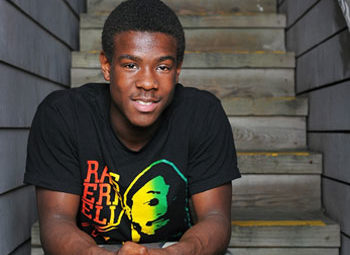 Dwayne is an outgoing teenager with a sweet smile and a love for sports. And even if school isn’t his favorite thing, he’s willing to put up with it so he can play football. It was a bit of a problem when his low grades forced him to drop out of sports his freshman year of high-school. Thankfully Dwayne, a special education student, was a regular attendee of Mercy Housing California’s afterschool program since he was ten.

When his grades dropped below the eligibility requirement to participate in sports, he knew he could turn to the Resident Services program manager at Mercy Housing. Together, they worked to help him keep his grades up, and even helped him get his mandatory sports physical, so he could get back on the playing field.

Dwayne is back to playing football. His grades and attendance are in good standing now so he doesn’t have to worry about missing out on football season. Last summer, he even worked in a program funded through the mayor’s office.