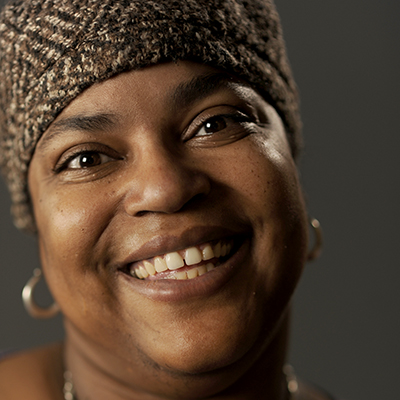 By the time Bridgette Sims connected with Mercy Housing, she had fought through recovery from addiction and lived in homeless shelters. Her strength and tenacity led to a job and the ability to move her family into a home of their own. But soon, Bridgette was laid off from her job and her home went into foreclosure.

When a former co-worker told her about Wentworth Commons, an affordable housing property being built for families on the south side of Chicago, Bridgette was just a week away from eviction.

Bridgette and her sons joined nearly 130 residents at Wentworth Commons, where a case manager connected her to an employment program and ultimately helped her find a job as a case worker, where she helps formerly incarcerated men and women transition back into society.

While life’s challenges don’t end with a job and a safe place to live, Bridgette says that it’s her support system at Mercy Housing that lets her deal with those challenges as they come. Now the proud grandmother of four grandchildren, she has formed a support group of her own, where parents share ideas and support one another.

“I tell people close to me that they are worthy of the best that life has to offer. Coming to Mercy Housing has changed my life.”

Strengthen the Lives of People in Your Community