A Fresh Start in Lakeview 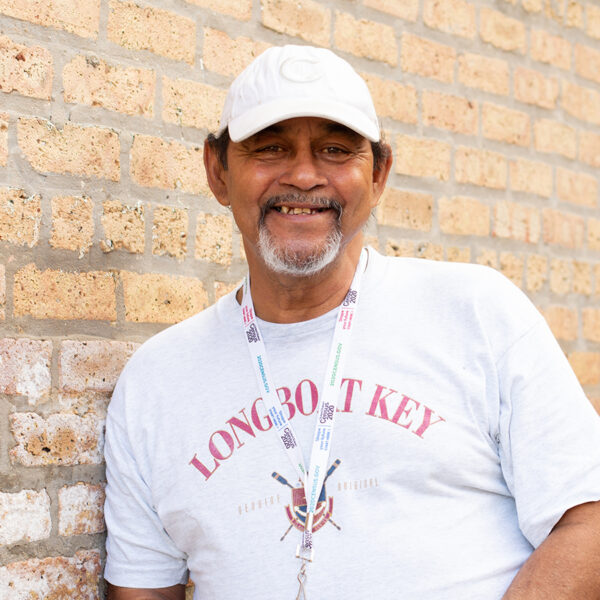 Although life has been hard, for Gregorio, the future is limitless.

Gregorio was born in Puerto Rico but grew up in Chicago. He left high school in the tenth grade to pursue employment and spent time moving around Chicago, eventually becoming a supervisor at an industrial company in the city. Gregorio held this position for 14 years until the company relocated to Naperville. After this transition, he could only find temporary work. It was difficult to make ends meet to support his family, which included three children.

​Eventually, limited employment opportunities caused Gregorio to lose his home. When the pandemic hit, he was in his early 60s, homeless, and living in an encampment on the city’s Northwest Side. To make matters worse, he suffers from asthma, which only increased his fears of COVID-19. Gregorio was particularly concerned because he could not socially distance himself from others while living on the street. An outreach organization helped Gregorio apply for housing at Mercy Housing Lakefront’s Belray Apartments in Chicago’s Lakeview community. His life changed.

​When Gregorio moved into his new home in September 2020, Resident Services staff provided him with a welcome basket including food, cooking supplies, and personal toiletries. “It was great. It helped me out a lot … Mercy Housing did a great job,” he recounts.

With a fresh start and a new foundation to build on, Gregorio is motivated to make the most of his new home and community. He looks forward to participating in MHL’s Feel Better Program, which offers classes and activities that aim to improve residents’ physical and mental health. “There’s no task that I can’t accomplish … now that I’m living here.”

​Gregorio considers himself to be “one of the lucky ones.” His home provides safety, opportunities to improve his health, and a path to increased self-sufficiency. “It’s home for me here. The people here are great … they’ve been very helpful. Things are going well for me now.”

Strengthen the Lives of People in Your Community